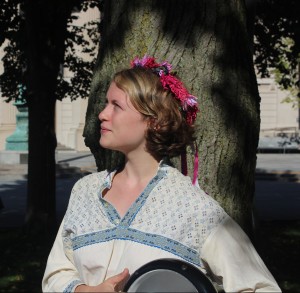 We can’t express how honored we are to have Ruby – at the tender age of 10, she turned down the Hogwarts School of Witchcraft and Wizardry in order to focus on her Slavic singing, and though we’re unbelievably jealous that she got the whole owl-with-a-letter package, we just feel grateful that she chose us over a Patronus. You know rubies, the gem? Yeah, they were named after our Ruby, not the other way around. She’s just that cool.

Favorite Slavs Song: Under construction.
Favorite Cheese: The cheesy kind.
Fun Fact: Ruby’s last name is actually Velociraptor, but everyone’s jealous of her as it is. 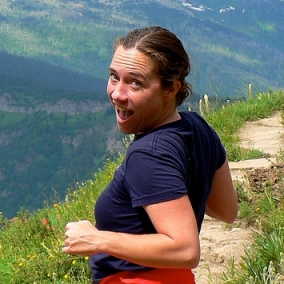 Stephanie spent the past few years before coming to Yale doing hands-on development work in Cambodia. But besides her wonderful accolades as a humanitarian, she is also a world-touring slam poet. She began her poetic journey at the age of 6 when her first pledge of allegiance recitation stunned the whole school assembly. In the space between college and grad school, she has also been a construction worker, a secret message decoder for the FBI, a scuba diver for blue pearls, and an astronaut. Steph enjoys fried crickets, long bike rides through the rice paddies, and hitchhiking in Eastern Europe via retrofitted ambulances. Don’t cross her. She has a hand in Croatian economics. 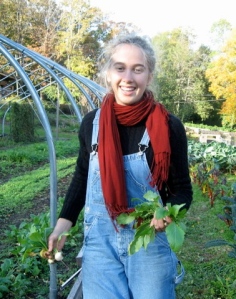 This beautiful female comes from Cincinnati Ohio–the land of George Clooney and Graeter’s Ice Cream! Her hobbies include being smiley, singing Irish folk songs, and making the world a better place. She enjoys home-grown foods, long walks in thick grasses, sunny days, and playing stringed instruments. Justine and her twin sister Anna Rose often delight in the beautiful simplicities of everyday life. Justine owns many beautiful patterned socks and tights. You might as well call her Yovanitsa.

Favorite Cheese: Gorgonzola
Favorite Slavs Song: Nanina
Fun Fact: The beautiful dreads that you see on Justine’s head today were the second attempt at dreading her hair. The first attempt simply slipped out of her silky smooth hair! 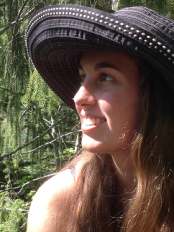 Amanda has been a Slav at heart for many years before we were lucky enough to get our hands on her. If her voice doesn’t  knock your socks off your feet, her eyes certainly will: Amanda has the coolest case of heterochromia. (When she was little, she hoped that this meant she had super powers, and she was right! Her voice and hair are made of magic.) Amanda. Even her name is mysterious. Who knows what hijinks she gets up to in her spare time? We certainly don’t. Whenever we ask her how she’s been, we only get evasive answers. Suspicion confirmed: Amanda is a spy, and a good one at that. How could you not trust that charming smile?

Favorite Slavs Song: Heya Moli
Favorite Cheese: Ricotta
Fun Fact: Amanda was scooped up by a hawk when she was a baby. This is why she perpetually craves baklava.

Sometimes when you run into Claire, it’s hard not to wonder how so much exuberance and beautiful energy can fit into such a petite human being. Then you remember that she’s extraordinary in many, many ways and you stop wondering and simply start appreciating. A distant descendant of Genghis Khan, Claire spends her free time breaking bricks with her teeth and fighting off bears with her left pinky. What do woodchucks whisper to themselves as they chuck wood? What are fish saying when they open and close their mouths? And what’s the deal with those platypuses? We don’t know. But Claire does. An internationally ranked pun star, she’s a force to be reckoned with.

Favorite Slavs Song: Nanina
Favorite Cheese: Goat
Fun Fact: Claire once tried to count all of her freckles. She was successful but won’t tell anyone how many she really has.

Where do you even start with Olivia? She’s sung with TUIB and performed at the Museum of Modern Art with the Kavkasia Trio. She plays a mean panduri (see image) and electric accordion (use your imagination) and we’re so thrilled to have her back. Olivia’s extensive study of Georgian means that she can pronounce the consonants no one else can, and her enthusiasm for Bollywood and fluency in Hindi (!) make her indispensable in the Slavs’ plans for an eventual world tour. 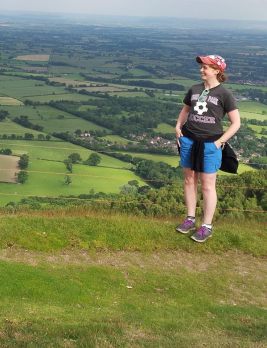 Charlotte may not know any Zulu yet, but she does speak nine other languages: English, French, Thai, Catalan, Korean, Farsi, Tagalog, Urdu, and Yoruba. Notably, none of these languages are of any use when singing with the Slavs, but Charlotte is so talented that she doesn’t need any of that silly “understanding what you’re singing about” stuff. Speaking of talent, Charlotte is nationally ranked in the fine art of cow tipping and expects to receive recognition of her abilities from the agricultural industry any day now. When she’s not busy being such a badass that the rest of us can’t see straight, she dresses up as Princess Leia and tries to count her own freckles. (Alas, unlike Claire, Charlotte has thus far been unsuccessful. This page will be updated when we have more news.)

Favorite Slavs Song: Mamli Mukhasa
Favorite Cheese: Goat cheese
Fun Fact: Charlotte has broken the barrier between the wizarding world and our own — she’s been successful at crossing over to Platform Nine-and-Three-Quarters and has the scars to prove it.

Chihiro’s name is Romanian for “cheese hero.” Aside from singing for Slavs, Chihiro is a co-president of Global Zero, Japanese editor for Accent magazine, and a writer of travel articles for a site called Jetset Times. She grew up in the tropics and had no recollection or understanding of seasons until she came to Yale, but Slavs retreat in Vermont for two consecutive years has converted her to a lover of all things Autumn.  She once defeated the Kraken with the power of her yik.  Sir Arthur Conan Doyle based A Scandal in Bohemia on a rough draft of her autobiography.

Favorite Slavs Song: Aylye, Lyulye, Lyulye
Favorite Cheese: Neufchatel
Fun Fact: This summer Chihiro sailed around the world on a cruise, a reward for winning an essay contest. You’ve just joined the list of people who are jealous of this.

Once upon a time, Camille was Lumpy Space Princess, but then she decided that she’d rather be a Slav instead. So she packed up her bags, moved to New York, became fluent in five languages (just in case French and English wouldn’t suffice), came to Yale, sang with Shades, won a few cage matches, went to London to study art, and – finally! – found her way to us. If you ever see a girl around campus who’s dressed to the nines and has attitude to match, you’ve found her (yeah, we’re obsessed too). 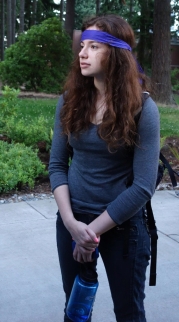 Sonya’s name means “dormouse” in Russian. (Un)fortunately, this does not reflect upon her sleeping habits (or lack thereof). It is, however, reflected in her facial features? See for yourself! As one of the two Slavic members of the Slavic Chorus, Sonya frequently plays a game she likes to call “Can I Pretend to Speak Bulgarian and Translate This Song.” The answer depends on how many obscure words there are. We all have our vices: Sonya’s is nail polish. Sonya has worked on an Alaskan oil rig, speaks Swahili, and can fly a helicopter. These things sometimes happen all at the same time. Don’t ask how, we don’t know either, but her parents are very proud.

Once, two protons collided in a particle accelerator and decided that the Higgs boson wasn’t good enough, so Jana was created instead. In lieu of studying hard at Yale, Jana just does a lot of ballroom dancing because the Viennese Waltz beats microeconomics nine times out of ten. Jana loved Stiles before even being assigned to it because she doesn’t like when buildings are lying to her about their age. She’s not interested in this imitation-Gothic-business. When she’s back in Praha, she roams forests with her white wolf (Swiss shepherd) Kara. Jana keeps an army of three million fiercely protective honeybees as pets. She also lives in a tree house built on an Ent. She brought her home to college with her, and the Ent is in fact posing as a normal tree somewhere on campus.

Favorite Slavs Song: Lale Li Si
Favorite Cheese: sharp gouda/blue cheese/ syrečky!
Fun Fact: Facts are rarely fun, but this one is: Jana doesn’t understand 95% of the words in Slavic Chorus music, but persistently fakes that she does.

Voice Part: Soprano I
Hometown: Walpole, MA
Major: Wouldn’t you like to know?

Maria is our newest addition to the Slavic contingent of the Yale Women’s Slavic Chorus! Hailing originally from Bucharest, Romania, Maria is chock-full of Romanian songs and correct pronunciation – we’re grateful just to have her with us. Someday, Maria will probably save your life and look fabulous doing it: she’s an aspiring doctor who reads Russian literature and writes novels in her spare time. The Slavs have every confidence that if we ever end up on the operating table, we want Maria there; even if she isn’t the one performing the operation, she knows the entire discography of the Beatles front-to-back, and that alone is comforting beyond measure. 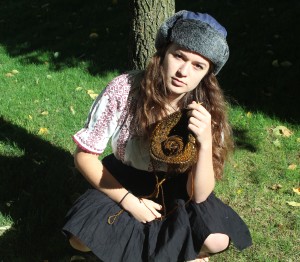 We could fill entire pages about how Athena’s name is evocative of her goddess-like nature and how she’s wise beyond her years and so on and so forth, but the Greek goddess reference thing is so passé, you know? And Athena is the opposite of passé. Reasons Athena is the opposite of passé: She edits films. She plays the cello. She can hold her own in a boxing match. She lives in earth tones. She has excellent taste in music. She has a stare that’s felled men too faint of heart. Need we say more?

Favorite Slavs Song: The crunchy ones.
Favorite Cheese: No cheese discrimination here.
Fun Fact: Athena set a message in a bottle sailing in eighth grade – it was found earlier this year.

This girl. When she’s not at Slavs, she rocks everyone’s socks in Steppin’ Out, Glee Club, Gilbert and Sullivan shows, or her own band. A true musician who analyzes songs to figure out why they are so good, dances to everything, writes and records her own music. Not to mention she is hilarious. Also, the flavor of gum you are chewing might have been invented by Ayanna–resident Wrigley flavor producer. I know you all want her, but she is in a relationship with Simon, her beloved ukelele.

Thank you for reading this far.